The treatment use of honey bee venom therapy is based on the long-known fact that bee-keepers (who often get stung) very rarely develop arthritis or problems with their joints and muscles.

The Bee Venom contained in Bee Venom Masks is used to fool the skin into thinking it has been lightly stung. This in turn stimulates the production of the naturally occurring chemicals collagen and elastin, creating a tightening and smoothing effect. The effects are cumulative, the longer you use it the more obvious the effects will be. A tautening effect can generally be felt soon after application.
Kate Middleton, Dannii Minogue, Michelle Pfeiffer, Gwyneth Paltrow and many others are reported to be using a Bee Venom Face Mask made from New Zealand Bee Venom. 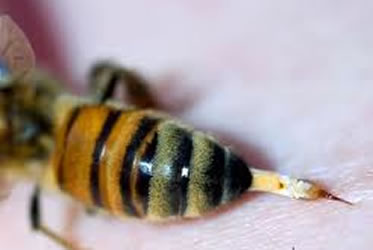